Things to Do While Near the City of Rogue River 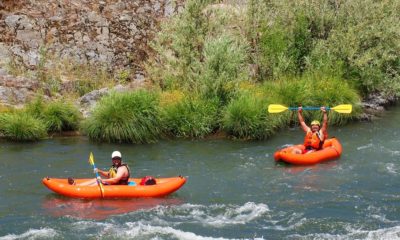 Raft the Rogue -A calm stretch of the Rogue River begins at the All Sports Park in Gold Hill and ends with the boat launch at the Rogue River Bridge park of off Depot St. This run is a leisurely 4 1/2 hours float with riffles, rips and a few small rapids. Rent an inflatable Tahiti or Raft and take advantage of the scenery, surrounded by trees, wildlife and beautiful landscapes, this run takes you down 5.5 miles of pristine Pacific Northwest Wilderness.

Rooster Crow -Since 1953, Rogue River has been crowing. It was started as a clever (silly) way to let folks that Rogue River is a town….not just a river! The contest has grown into a full weekend community event which 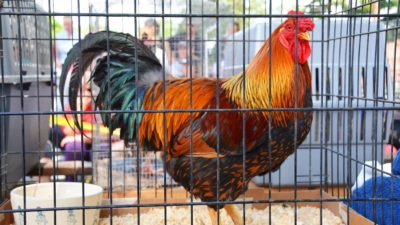 includes a car show on Sunday. People travel long distances just to participate in this annual event in hopes of earning the famed title. No ROOSTER? No problem. The Human Crow contest is for those whom wish to personally get active. See official rules for both contests below or in the Kiwanis Rooster Crow booklet which is published each year.

Woodville Museum- The Woodville Museum, housed in the Hatch House, is located on the corner of First and Oak Streets in the city of Rogue River (formerly Woodville). The turn of the century home displays items that the pioneers used. The household furnishings and tools span one hundred fifty years. Long time residents organized to form the Museum in 1986, and then opened in 1987. Much of the initial funding came from the membership. “Square Foot Certificates of Membership” are still available. A bandstand, a replica of one formerly located on the site of the current Depot Street tree island, has been constructed on the grounds. A brick-by-brick relocation of the old jail from its original location near the railroad tracks off Pine Street, was completed in 1990. On the last Saturday in June, the town holds the Annual Rooster Crow with the Museum the focal point.

Palmerton Park – Located on West Evans Creek Road, this five (5) acre park is also an arboretum, with facilities for group picnics, a playground for small children, and restrooms. The park’s unique features include over 80 species of trees from many remote places in the world, intricate rock work that forms a walkway and wall where running water forms a pond for wildlife, and a year-round walking bridge constructed of cable, which spans Evans Creek connecting it to Anna Classick Bicentennial Park. Palmerton Park is available to rent for events such as weddings, reunions, birthday parties, and company picnics. The park was donated to the City by the Palmerton Family. Palmerton Park Video

Visit Wimer-The Wimer Bridge is a covered bridge over Evans Creek in Jackson County in the U.S. state of Oregon. The version that was listed on the National Register of Historic Places, was built in 1927. This structure, 85 feet (26 m) long, carried East Evans Creek County Road over the creek in the rural community of Wimer. The creek is a tributary of the Rogue River, which it joins at the small city of Rogue River. An earlier covered span, built in 1892 by J. W. Osbourne, crossed the creek at this location, according to local residents and an engineering database. The 1927 bridge replaced the older span. 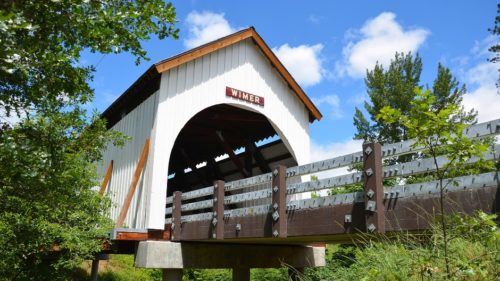 Another BREW by Ballen Brands